Is Falun Gong a Cult?

When you ask me why Falun Gong is good; I have no idea how to tell you because you talk and retaliate too fast, I can’t cope up with your argument.

First of all, if you were a fair person, you would want to find out the truth about things, you would have wanted to listen to 2 sides of a story, similar to solving conflicts at work. The conflict between colleagues A and B, you would want to hear the reasons from both sides before you unfairly decide on things. You only search for the bad side of Falun Gong story to hear and refuse to accept there are millions of good reasons why people practice Falun Gong. Have you read them? Have you truly hear them?

The fact is you only see a fraction here and there that it’s been made popularize in 1992, but it doesn’t mean it existed in that year. Qi Gong let ordinary human being cultivate to have a healthy mind and body. It was rooted deep in the ancient Chinese Culture more than 5000 years ago. So what was Qi Gong called before the Chinese Cultural Revolution? It’s simply cultivation. (修煉). This term itself has a strong flavor of God, which was banned by Chinese government during the Chinese Cultural Revolution period. Therefore, a group of scholars and Qi Gong master, picked the word “Qi” and “Gong” from ancient scriptures to avoid condemn of the communist government.

What I am trying to say is Falun Gong is deeply rooted in the ancient Chinese Culture, and it has proven tremendous power to improve health and elevate character, because it teaches people to follow the principal of Truth, Compassion and Forbearance. The Chinese government has even proven Falun Gong to be health beneficial and had saved the country's tremendous health fund spent before its crackdown.

But you may ask why the crackdown of Falun Gong in China?

Falun Gong is not politically connected in any way, but many people think that it is political. Why? From 1992, when the ancient practice was made popular in 1992 – 1999, there are more than 100 million people in China practice Falun Gong, this figure does not include overseas, the figure were huge. Everywhere you go in China, every corner of parks, open spaces were utilized to practice the slow moving exercise. To a point where the crowd were too huge that it attracted the attention of the communist government and the then president Jiang, issued a crackdown on Falun Gong even though his 6 out of 7 cabinet members disagreed because the member’s wife, husband, mother and relative were practicing Falun Gong too. (like June 4, students protesting for democracy were killed to scare them to stop asking for democracy.) President Jiang is afraid of Falun Gong huge popularity over the communist party. He ordered to destroy Falun Gong, put ALL practitioners in jail, and later on make money selling their organs. (in the USA, to wait for a kidney donor, it takes more than 200 days but in China, after the crackdown, China organ transplant business soar, one can get a kidney in 2 weeks and if the kidney rejects after the transplant, one can get another kidney in replacement immediately. (The killed for organs has been investigated by the DAFOH – Doctors Against Forced Organ Harvesting.) In 2009, The New York Times reported that “at least 2,000” people had been killed since the crackdown began.

People of the world only believe in the news release from China and also believe blindly what happened. That was then. Now, the world is aware of the Chinese government wrongdoing. People are starting to see, it was not true, and Falun Gong practice benefit people in many ways.

I feel you are a smart person with rich history studies from watching movies, you should be able to see the pattern here. Nothing fishy about Falun Dafa, the Fa itself is good.

It’s because you did not know the history and you just blindly condemn that they are cult, it is uncalled for. What if your assumption is wrong? Have you ever thought about that? People who are genuinely practicing suffered because of your strong misunderstanding. 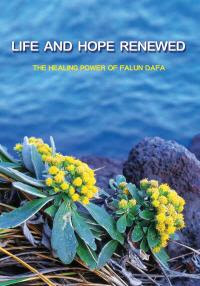 Life and Hope Renewed: The Healing Power of Falun Dafa 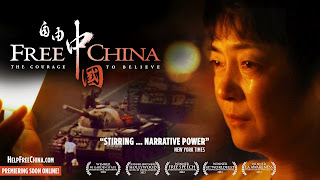 Zheng (Jennifer) Zeng was a graduate in science from Beijing University. She was a wife, a mother, and a Communist Party member. But because she followed a spiritual practice called Falun Gong, her life in China was shattered. Adhering to the practice’s simple tenets of Truth, Compassion, and Forbearance, she was amazed that the Party would institute a crack down, arrest her and demand that she recant. After twice being held at a detention center and refusing, she was sentenced without trial to reeducation through forced labor. Her “enlightenment”-in part undertaken by fellow prisoners incarcerated for prostitution, pornography and drug addiction-took the form of beatings, torture with electric prods, starvation, sleep deprivation, and forced labor. She was compelled to knit for days at a time, her hands bleeding, to produce goods contracted for sale in the US market. Many Falun Gong practitioners died under the harsh conditions. Zheng Zeng was lucky.

Thousands of others remain deprived by an oppressive Chinese government of their freedom of speech and assembly and the freedom to believe as they choose. This is the testament to her ordeal and theirs.

Allyfeel
A working mum with noisy kids and a demanding husband trying to strike a balance in life by yakking out the noise in her head.